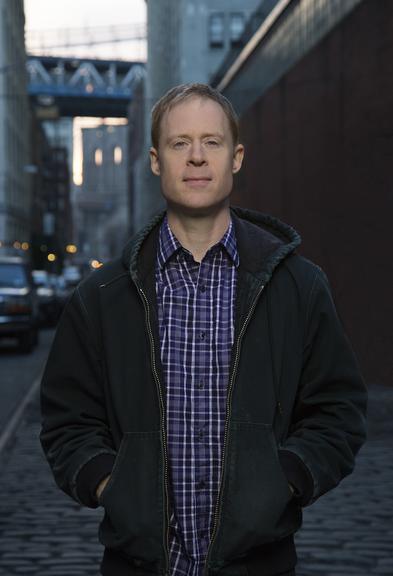 The Bill Stewart Trio featuring Larry Grenadier and Walter Smith III is one of the most exciting trios in jazz and improvised music today. They have performed for a week at the renowned NYC club Village Vanguard twice in recent years and have made a recording entitled Band Menu. Stewart and Grenadier have a history of playing together as a sideman in notable bands, such as those of Pat Metheny (for a year and a half in 1999/2000 and then again in 2008) and John Scofield (1996-97), and also played together in many recording situations. Stewart first played with Walter Smith III on a Danny Grissett recording and was immediately impressed with his sound and individual approach.

"Freed of a chordal center, the trio devours the bandleader’s cerebral, yet soulful, compositions like galactic navigators, trading jabs through the cosmos. Each song is presented simply upfront, then dissected and elaborated upon with intensity, insight and glee.......BAND MENU is an epic outing by three gifted musicians playing to the jugular....an exciting state-of-the-art trio." --DownBeat January 2019

*****
Drummer/Composer BILL STEWART has been one of the most in demand drummers in music for over 30 years. As Nate Chinen said in the New York Times, "his true speciality is making a good band sound inexplicably better." As a sideman, he has recorded and toured with John Scofield, Pat Metheny, Maceo Parker and many others. He has been a member of a co led trio with Larry Goldings and Peter Bernstein for over 3 decades. He has steadily added some projects as a bandleader over the years. Blue Note Records released his recordings Telepathy (1997) and Snide Remarks (1995), the latter of which was selected as one of the top ten recordings of 1995 by The New York Times. There were also two recordings (Keynote Speakers and Incandescence) and two Europe tours with a trio Stewart led with Larry Goldings and Kevin Hays, and also the quartet release Space Squid (Pirouet, 2015). These previous recordings featured piano and keyboards and emphasized unusual colorful harmonies. The new release BAND MENU is a departure from that approach to a more spare, melodic approach, with no chordal instruments. Of this concept, Stewart says "Playing with Walter and Larry without a chordal instrument leaves a lot more space for the drums, which leaves me the option of filling up that space more than I would otherwise or simply leaving that space there, which can be nice too".
As one of the most admired, accomplished bassists working in jazz today, LARRY GRENADIER has been praised as “a deeply intuitive” musician by The New York Times and as an instrumentalist with a “fluid sense of melody” by Bass Player magazine. Grenadier has created an expansive body of work in collaboration with many of the genre’s most inventive, influential musicians – from early days playing with sax icons Joe Henderson and Stan Getz to what has been decades performing alongside pianist Brad Mehldau, from extended experiences working with the likes of Paul Motian and Pat Metheny to co-leading the
cooperative trio Fly (with Mark Turner and Jeff Ballard) and quartet Hudson (with John Scofield, John Medeski and Jack DeJohnette). In 2019, ECM records released The Gleaners, a solo bass recording by Grenadier, to rave reviews.
WALTER SMITH III is an inspired young saxophonist and composer with a lot to say. Although it may appear Smith is a new voice on the scene, he is widely recognized as an adept performer, accomplished composer, and inspired educatormith released his 5th album as a leader, “Twio” in February of 2018 with his longtime trio of Harish Raghavan and Eric Harland including guest appearances by Christian McBride and Joshua Redman. In the Jazz tradition, Smith has developed under the wings of many of the music’s greats. Walter is/has been a member of several legendary groups (recording and/or touring) including the Roy Haynes Fountain of Youth Band, Terence Blanchard Quintet, Eric Harland's “Voyager”, Jason Moran’s In My Mind:Monk at Town Hall, Ambrose Akinmusire Quintet, the Christian McBride “Situation”, Christian Scott group and the Sean Jones Quintet to name a few. Originally from Houston, TX, Smith now resides in Boston, MA and is Chair of Woodwinds at Berklee Collage of Music, helping to prepare the next generation of Jazz students. Legendary saxophonist Jimmy Heath had this to say: "Walter Smith is a perfect example of what my mentor Dizzy Gillespie said "You have to have one foot in the past and one foot in the future”.