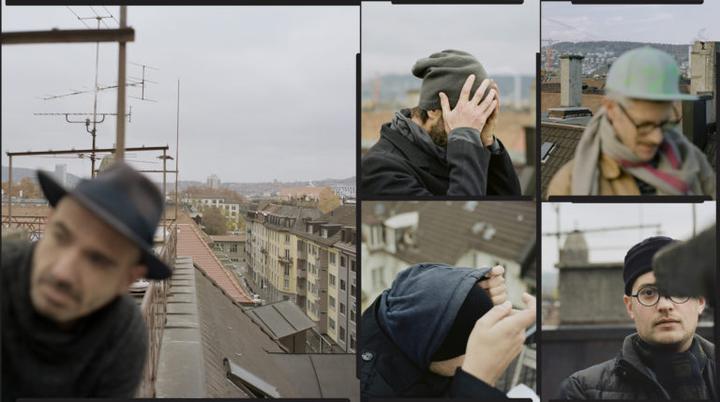 • With nonchalant ease, the jazz quintet ROOFER, founded by the Swiss double-bass player and composer Luca Sisera, performs a balancing act between the avant-garde and an awareness of tradition. The band has impressively demonstrated this in their albums “Prospect” (2015, Leo Records) and “Moscow Files” (2017, Leo Records), which garnered considerable praise in the international specialist press. After numerous tours, festivals and concerts, ROOFER has made a name for itself, across national borders and far beyond, as an audacious and playful jazz collective that is keen to experiment.
With the new audio release, which is to come out in spring 2019 on the German Label “nWog Records" the band is set to commence a new chapter. The multitude of concerts has caused the band’s language to be greatly enhanced once again, while the collective’s cosmos of sound has broadened wonderfully. This is precisely where the thread for the new album is taken up. As always, intricate rhythms, fast-paced parts in unison, latent swing fantasies and anthemic soundscapes serve these five renowned jazz musicians as an improvisational plateau on which to play. This gives rise to complex and innovative music that is as liberated as it is conscious of form, and remains equally challenging for the musicians and the audience. Thus, it is no surprise that the extreme climbers who also call themselves “roofers”, those who climb around on the world’s tallest buildings without safety ropes, but with sophisticated techniques, know-how, experience and an immense love of adventure, act as metaphorical role models for this band. (Pressetext)