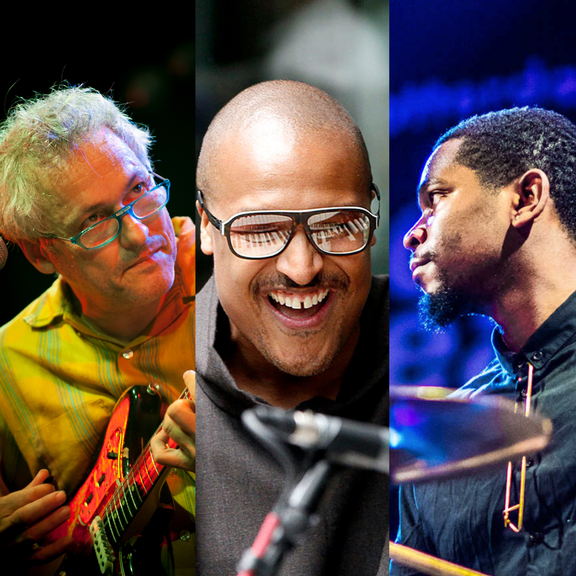 Marc Ribot’s four months with jazz organ legend Brother Jack McDuff were his first ever with an internationally touring artist. Their 1979 itinerary included Ribot’s first concerts in Europe, and his only to date in Gary, Indiana and Rochester, NY. Although the two never recorded together (due to artistic differences that became apparent in Ribot’s later work...Brother Jack reportedly spent much of their stage time fixing Ribot with what sidemusicians referred to as his “death ray”), Ribot never lost his affection for McDuff’s music and the Hammond organ dominated Soul Jazz scene from which it emerged. Says Ribot: “McDuff's US audiences — the so-called ‘Chitlin Circuit’ — were just the hippest in the world: sophisticated about the music, definitely…but also demanding the deepest soul while rewarding restraint in its expression. What this brought out in the musicians was every bit as intense as the music taking shape at CBGBs at the time. In fact, I always felt the two scenes had something in common, and I’ve been trying to express exactly what ever since."

Fellow Jazz-Bin, Greg Lewis, is not only one of the greatest virtuosos of the Hammond b3 organ alive, but perhaps the only one willing and able to haul a real Hammond b3 and Leslie speaker cabinet to live gigs in NYC! Says Ribot: “Greg is NYC’s best kept secret. He can tell a story on the Hammond like nobody else." Rounded out with a TBA guest drummer, The Jazz-Bins use deep grooves and over the top improvisation to channel the spirits of Newark’s Key Club Sparky J’s Lounge, and NYC’s CBGB’s c/a 1977 into a quest for punk/soul salvation. The Jazz-Bins go— not exactly ‘ancient’, but ‘back’— to the future, to tap into a scene that never really existed (but should have, will, and does whenever people drop their preconceptions about ‘genre’ long enough to feel the groove), and a vibe that never really stopped. Dig it!