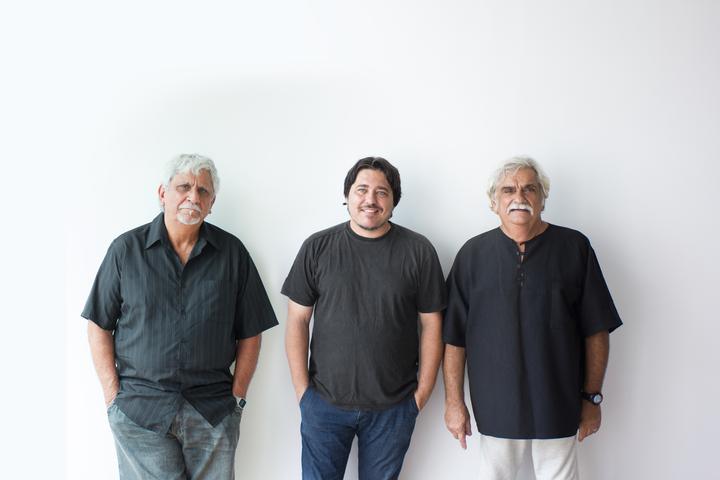 Responsible for carving out an entirely new sound, fusing jazz-funk with samba to create their own unique genre, referred to as ‘samba doido’, Azymuth are one of Brazil’s most influential bands and surely one of the world’s longest running.

They have played with just about everyone throughout Brazil’s golden era of MPB, jazz, soul and funk, including Jorge Ben, Milton Nascimento, Tim Maia, Elis Regina and Marcos Valle to name just a few. Indeed it was Marcos Valle who gave Azymuth their name in 1973 during the recordings of his soundtrack for the film O Fabuloso Fittipaldi. In that same year, Azymuth began recording their now critically acclaimed Demos (1973-75) which sat in their archives until 2019 when they were released by London based label Far Out Recordings.

50 years since they began, Azymuth have released over thirty albums and are still going as strong as ever, writing, recording and performing with the same energy and enthusiasm as when they started out.

As well as their influence on jazz and funk, Azymuth’s contribution to electronic music around the globe is unquestioned, and they’ve collaborated with the likes of 4hero, Madlib and Jazzanova, and been remixed by Theo Parrish, Ron Trent, Global Communication and Daniel Maunick amongst others.

An Azymuth live show is a journey through the full spectrum of their brilliantly coloured expressionist funk, with all the cosmic energy and masterful musicianship you’d expect from the world's greatest three-man orchestra.