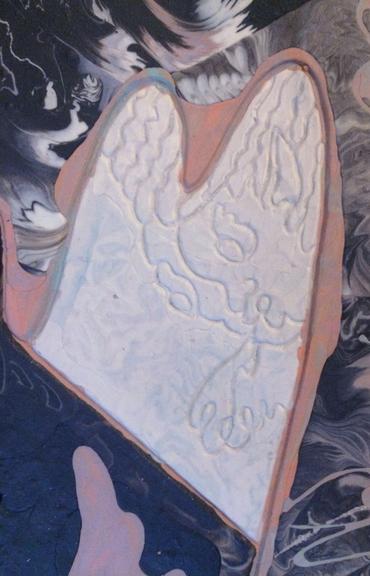 In this project, I’ll play around the rococo style and its influence of chinoiserie.The work will represent as an installation and as the performance stage.

In the live performance, I will perform two music pieces “dead culture, exotic as hell” and “¥ ”. I will reinterpret the image of Opium addict which was an important symbol of the end of Chinese Empire. In contrast to its nationalism hatred, it reflects the contemporary culture as a post-post- colonial memories which shifts between the act of recreating hybrid realities and critic of the misleading capitalism force/ right wing movement. (Pressetext)