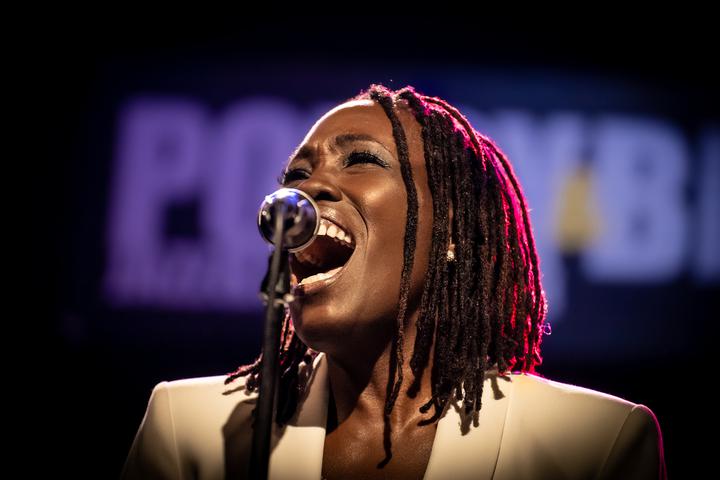 Chanda Rule is the most amazing, elegant, mesmerizing, in short, best singer I've seen in the last 30, 40 years, and I've seen them all. (Kirk Lightsey)

Soul, jazz and gospel singer Chanda Rule is considered by many music lovers from around the world to have one of the most elegant, powerful voices. Raised around her family's Chicago street church, she bridges the musical gap from gospel, soul to R&B, in the spirit of style-defining musician Sister Rosetta Tharpe. Pianist Jan Korinek is deeply rooted in the blues and together with Paul Zauner they create deeply emotional music.

Chanda Rule
Chicago-born vocalist Chanda Rule is an outstanding exponent of contemporary gospel. The extraordinary singer grew up in her family's street church, singing at gospel masses as a 3-year-old. Relocating to New York, she sings in major concert halls as a soloist and tours worldwide. Currently, Chanda Rule lives in Vienna.

Paul Zauner
born in 1959, studied piano and trombone in Vienna. In the mid-1980s he performed with jazz greats Leon Thomas, George Adams, David Murray and remarkable recordings were made. In 1992, together with Franz Hackl, he founded the band ITSLYF, in which musicians such as David Gilmore played until 1997 and played concerts worldwide. Their CD HEP CAOLIN was voted one of the best CDs of the century by the Rolling Stones Guide. He is also known as the founder and organizer of the annual jazz festival INNtöne in Diersbach.

Jan Korinek
born in Prague, is an internationally sought-after Hammond organ virtuoso. Gospel and Blues are his musical home. In the European blues scene Jan Korinek has been known for years for his extraordinary musicality.