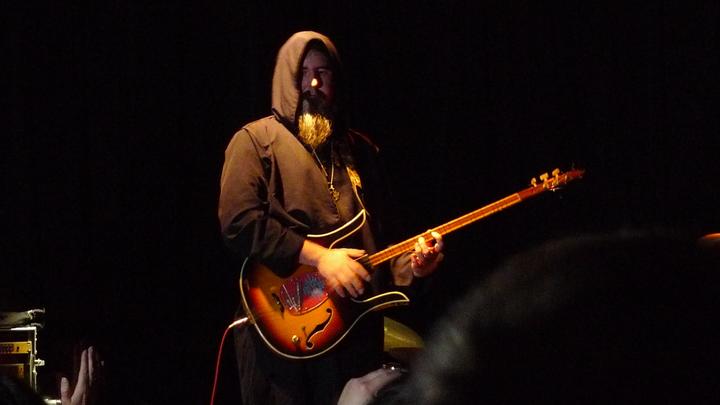 Secret Chiefs 3
The legendary rock ensemble Secret Chiefs 3 presents an epic and dynamic set of Masada music. Their first Masada project Xaphan from 2008 was one of the highlights of the entire series, and here they take 12 new compositions to an even higher level.

Around since the mid 1990s, Secret Chiefs 3 is one of the most popular instrumental ensembles working today, with a devoted cult following and a constantly changing lineup of stellar musicians. Featuring one of the best groupings they have ever had, in Malkhut they turn their hand to 12 tunes from Zorn’s Book Beri’ah. Years in the making, SC3 mastermind Trey Spruance considers this to be one of his most ambitious and involved CDs to date. Even better than their Masada Book of Angels Xaphan, Malkhut is filled with spiritual depth, meticulous detail and a amazing creativity. This is music that is essential to everyone interested in the Masada legacy—instrumental music from the outer realms!

Zion 80
The brainchild of guitarist Jon Madof, Zion80 is a wildly popular project that seamlessly blends the Afro-pop stylings of the legendary Fela Kuti with the Jewish tradition. Featuring an exciting 11-piece all-star band of horns, guitars, keyboards and percussion, they mix the polyrhythmic intensity of Afrobeat with the freewheeling madness of the Downtown scene.

The brainchild of guitarist Jon Madof, Zion80 is a dynamic 10-piece ensemble that explores the Jewish tradition through the lenses of afro-beat, funk, rock and jazz. Drums and percussion drive this tight band of horns and guitars into a polyrhythmic intensity as driving grooves blend with the madness of the Downtown scene. Spiritual, grooving and endlessly exciting, this is essential Jewish music for the 21st century. Even better than their installment of the Book of Angel, Hod is a dynamic highpoint to the Beriah series! Masada meets afro-beat.