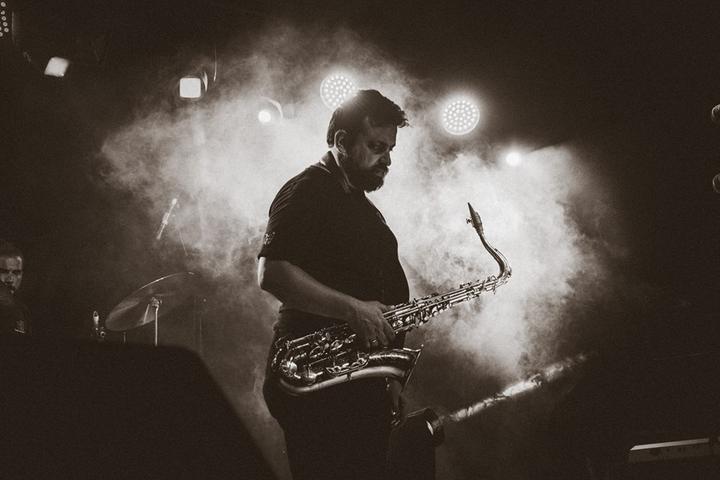 Gustavo Firmenich, the leader of Tango Jazz Quartet, has recreated in some of his shows the performances which were common a few decades ago in Buenos Aires, where dancing evenings both with Tango Orchestras and Jazz Bands were organised. These nights were announced as 'Tipica and Jazz'.

In his research about Jazz and Tango, which have a lot in common, he found that there was one musical aspect which was clearly different between the two - the improvisation. This was the reason, why Gustavo started in 2000 to look for ways and means to combine the two musical genres. This led to the formation of Tango Jazz Quartet in 2005.
Up to now, the group has recorded three CDs. It has also undertaken international tours which received a very warm reception both in Argentina and internationally. The Ministry of Foreign Affairs and Culture has declared these performances to be of cultural and artistic interest.
The band's five previous tours have taken them to the UK, France, Switzerland, Czech Republic, Germany, Spain, Belgium, Italy, Hungary, Austria, Russia, Siberia, China, Brazil, USA, Hong Kong, Mozambique, Nigeria and South Africa. It has played in the most important jazz clubs and festivals all over the world.
As a consequence of Tango Jazz Quartet's strengthening in the European Jazz Scene, this sixth tour will take them to Switzerland, England & Wales, France, Belgium, Spain, Serbia, Slovakia, Hungary, Austria - including six performances in Jazz Festivals and fifteen in Jazz Clubs. (Pressetext 2016)