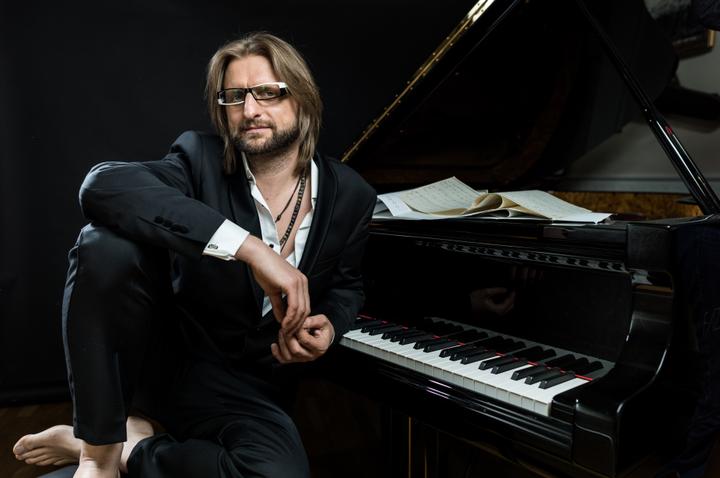 On Komeda Polish piano star Leszek Mozdzer has created a series of small masterpieces which go far beyond any pigeonholed way of thinking and offer a musical romance for jazz fans as well as lovers of classical music. Leszek Mo d er was born in 1971. While he didn t discover jazz himself until he was 18 years old, he quickly made a name for himself and is today celebrated as a pop star in Poland, where he has played with the country s most important jazz musicians including Tomasz Stanko and Michal Urbaniak. Since 1994 until the present day he has been voted, almost without exception, the best pianist of the country by the Polish Jazzforum magazine. Mo d er has also made a name for himself internationally, particularly alongside Swedish bassist Lars Danielsson whose music is similarly dedicated to melody. He described Mo d er as, the ideal pianist for me and recorded both his last albums Pasodoble (2007) and Tarantella (2009) with him. American jazz icons such as Pat Metheny, Lester Bowie and Archie Shepp are also vocal in their appreciation of his work. Leszek Mo d er uses his solo ACT debut as an opportunity to pay homage to the second great national hero of Polish music (next to Chopin), Krzysztof Komeda. The jazz pianist and film score composer died in 1969 aged just 38, but by this time had written, amongst other things, the soundtracks for almost all of Roman Polanski s films. Komeda is one of my idols, says Mo d er. I can still remember the first time I heard his music, it was incredible, this great depth and wisdom that appeared. Over time, I found out more about his biography and immense dedication to music. One of my favourite quotes by him is, Live for music, not from music. The listener can hear that Mo d er s Komeda project has undergone a long maturing period. The album s producer, Pawe Potoroczyn, tried to get me into the studio with it for six years. He s only managed it now. I just didn t feel ready for it earlier.