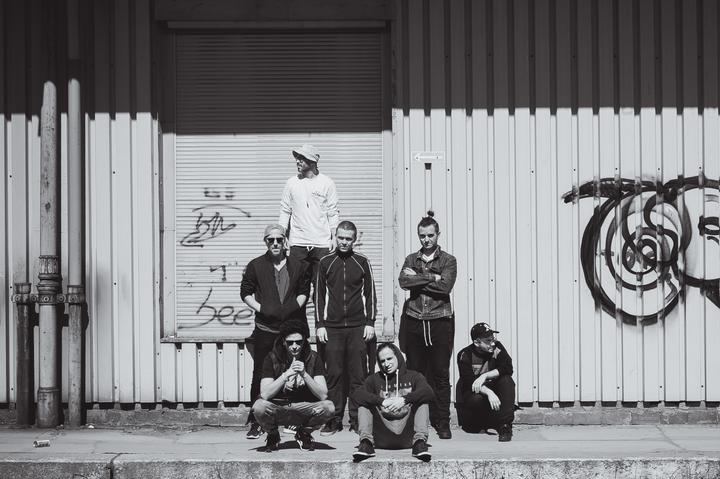 The recent revival of the jazz scene has become clearly visible, as proven by the great popularity of artists from across the ocean, such as Kamasi Washington and The West Coast Get Down, or BadBadNotGood collective. A new wave of jazz has also arisen in Europe, represented by British musicians, such as Shabaka Hutchings, Yussef Dayes, Ezra Collective and Tenderlonious, who are gaining more and more recognition and fame. A nod to the classics of several decades ago combined with fresh, liberated and current sound of contemporary urban music form a brand new quality. No doubts about it. For many, however, this might not be jazz anymore. This also applies to Wrocław's septet EABS, which pursues the tradition of the Polish school of jazz, while escaping various sound patterns, presenting a carefree and completely original approach to genres and established musical standards, as proven on their debut album.

After the very well received, both by the audience and critics, debut album Repetitions (Letters to Krzysztof Komeda), focusing on the lesser-known works of K. Komeda, EABS decided to further expand this lead and released two more vinyl records: A black one, recorded live in Katowice - Repetitions (Letters to Krzysztof Komeda) Live at Jazz Club Hipnoza, and a pink one, recorded on tape and released via British label 22a Music - Kraksa / Svantetic, which crowns the “Komeda triptych”. So far, the green studio album has received almost 30 reviews in Poland and abroad, and has been promoted in many radio stations in and outside the country (the album was featured in titles such as Polityka, Przekrój, Rzeczpospolita, the band also appeared on the cover of Jazz Forum magazine). The first pressing of the debut album was sold out within 8 weeks after the premiere, and, in response to the album's excellent reception, the band has played over 70 concerts in Poland and abroad.

Shortly after the release of their first album, EABS have performed at such prestigious venues as Witold Lutosławski S1 Studio in Warsaw, Gdańsk Shakespeare Theatre, and the Polish National Radio Symphony Orchestra concert hall in Katowice, as well as festivals such as Woodstock in Kostrzyn nad Odrą, Spring Break in Poznań, XJAZZ in Berlin, Tauron Nowa Muzyka in Katowice and Męskie Granie tour. In 2018 EABS also toured the UK (London, Manchester, Liverpool), played at the BuSH festival in Budapest, and gave three concerts in China (Xiamen, Guangzhou, Shenzhen).

Even though the reinterpretations of Krzysztof Komeda's music performed by EABS were very far from the originals, people have been asking about an original album over the last few months on numerous occasions. This time the band focused on Slavic mythology and Polish demonology. The notorious “Slavic melancholy”, which the band was trying to extract from their own DNA, became the main inspiration for this album. The work on the Slavic Spirits LP remains an attempt at contacting the world of an irretrievably lost culture, which will never be thoroughly examined on account of Slavs' illiteracy. A great number of musicians, historians, journalists, writers and even psychotherapists provided EABS with their insights and meditations, which quickly resulted in the emergence of compositions stemming from the depths of the bands’ spirit and imagination.