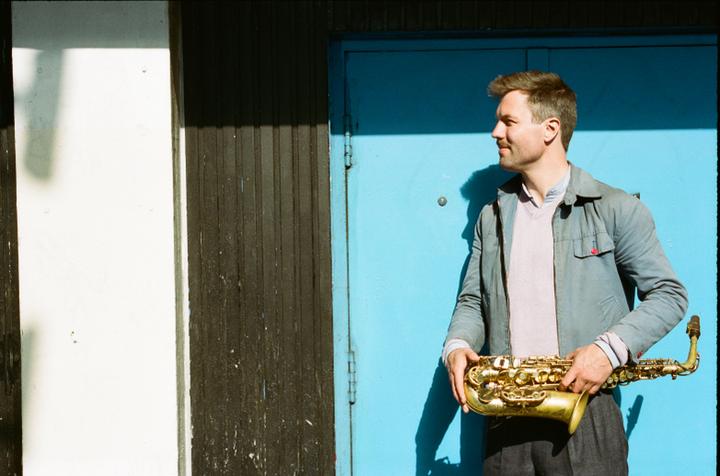 Spannocchi's repertoire and compositions focus on eastern European lullabies combined with Brazilian and world rhythms in a unique harmonic structure, these come to live particularly through the interplay of the band members. Consisting of alto saxophone, double bass (JJ Stillwell) and drums (Filippo Galli) this extensively touring ensemble is as fragile as it is transparent and never ceases to take the listener on a journey through uncharted territory beyond post bop. In his latest album "All The Above" (2019) Guido showcases various international saxophonists such as the Slovenian New York talent Jure Pukl on tenor sax and the UK guru Tony Kofi, former sideman of Ornette Coleman and Abdullah Ibrahim on baritone saxophone who also features on various tour dates this spring.

His previous albums "Ahead Only" in 2017 and "Terms & Conditions" in 2018 have gained him international press reviews and radio airplay. Together with his trio Guido has toured through Germany, Austria, Slovenia, Italy, France, Finland and the UK in spring 2017 as well as in summer 2018 and spring 2019. Guido has been invited to tour his very repertoire in Brazil in January & February 2018 as well as appearanced at London Jazzfestival in 2018, Jazzfestival Vienna in 2018 and was recently commissioned for a show for Vogue Tokyo, Japan in September 2019 as well as being artist in residence at Asa Baako Festival in Ghana March 2020. Guido hosts several regular nights in renowned Jazz clubs in London including the Austrian Jazzexchange for the Austrian cultural forum and is renowned for his unconventional film scoring works which brought him as far as Los Angeles & New York.

Tony Kofi is the leading UK saxophonist sought after not only as frontman for numerous projects but also as leader of his own music and groups. Few people belong to the tradition of Jazz more than Tony, ranging from traditional swing to contemporary free Jazz Tony's playing and sound are exquisite and unique. Having worked with many of the Greats such as Ornette Coleman or Abdullah Ibrahim he has become a fixture on the international scene and household name in for any connoisseur.