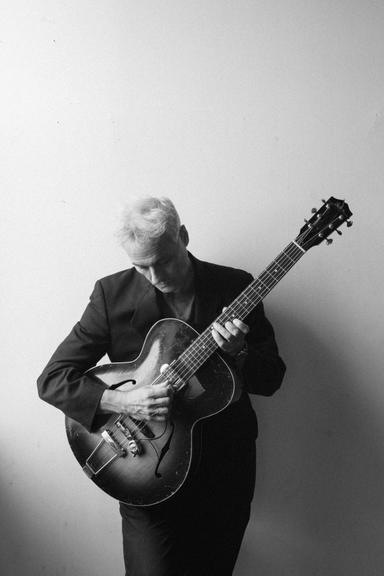 “Every movement which has ever won anything has had songs,” says Marc Ribot.

Political resistance is a practice embedded in the lives of real human beings —people who also love, eat, mourn, and occasionally even laugh--(or at least should if we are not to become as ridiculous as the cartoons we seek to resist). Songs of RESISTance is: lyrics from the civil rights and partisan anti-fascist movements (with or without the original accompanying music) + originals, free-improv, love songs, the musical resistance of Albert Ayler and John Coltrane, and whatever else we feel like playing. “We have to fight, we also have to cry."

Marc Ribot  'Songs of Resistance - 1942-2018'
With his album Songs of Resistance 1948 - 2018, Ribot—one of the world’s most accomplished and acclaimed guitar players—set out to assemble a set of songs that spoke to this political moment with appropriate ambition, passion, and fury. The eleven songs on the record are drawn from the World War II anti-Fascist Italian partisans, the U.S. civil rights movement, and Mexican protest ballads, as well as original compositions, and feature a wide range of guest vocalists, including Tom Waits, Steve Earle, Meshell Ndegeocello, Justin Vivian Bond, Fay Victor, Sam Amidon, and Ohene Cornelius.

"Unlike any album Marc Ribot has ever done...One of the most explosive concerts I saw [this year]..."  -Bob Boilen, NPR's All Songs Considered The Year in Music 2018