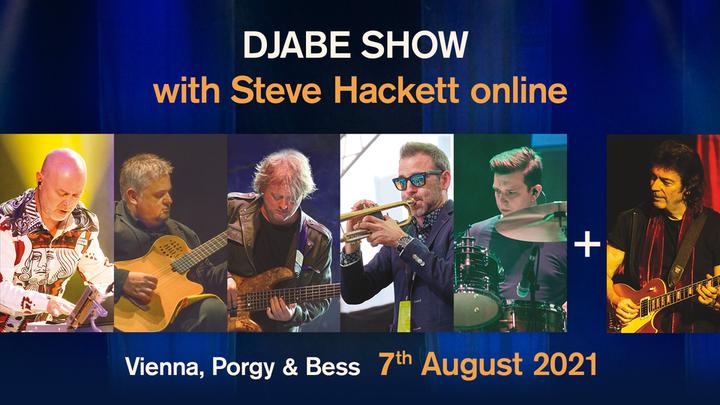 Due to the pandemic trends in England Steve Hackett cannot/does not want to travel to Central Europe. Still he will perform live ‒ in a studio in London, while being accompanied by Djabé live on stage at P&B. Sounds complicated, but it isn’t, because we’ve already tried this out. “Live-live” in a different way. Welcome to the club & join the stream!  PS: new date Steve Hackett & Djabé: Wednesday, August 17, 2022 – https://porgy.at/events/10613/