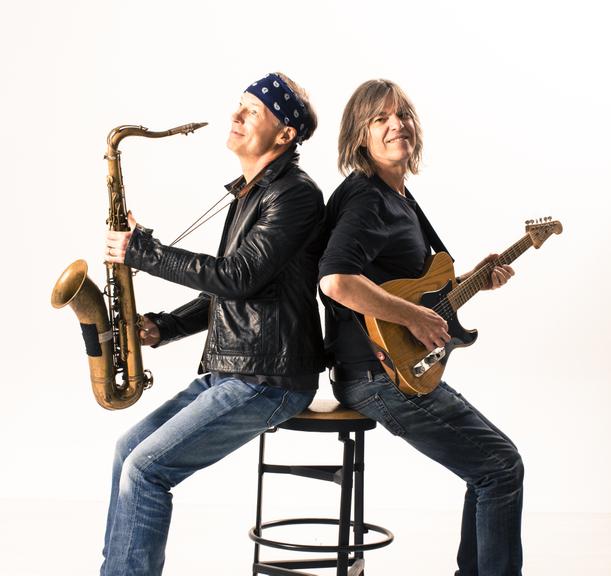 There are several reasons to admire Mike Stern, not least for still being alive after a punishing booze and substance-filled youth which the floppy-haired US guitar star can only dimly remember. “I don’t recall a sober night from when I was 18 to 32,” he famously claimed. But when Miles Davis tells you to go into rehab, you do it. And just look at him now.

His face may be parchment-white but then it always was. His collar-length Prince Valiant haircut remains as luxuriant as in his head-shaking youth, and he can still tear a molten solo from his off-the-peg Yamaha solid-body axe. On this evidence, indeed, only John McLaughlin still matches him for lucid jazz-rock shredding at intergalactic speed.

Alongside him this week is a superquartet of bandleaders who are buddies from way back. “We’ve been talking about doing this for years,” said saxophonist Bill Evans, who played alongside Stern with Miles in 1983. While thinner on top these days, Evans still sports his turquoise bandana, Rafael Nadal style, and scored as forcefully as ever on Out of the Blue, Tit for Tat, Chromosome and other roasters from his back catalogue. Drummer Dave Weckl and bass-guitarist Tom Kennedy grooved hard meanwhile and seized their solo spots with relish. Not for the faint-hearted, this is hard music by all-star veterans who can still show the kids how it’s done. (Pressetext, 2013, ronniescotts.co.uk)