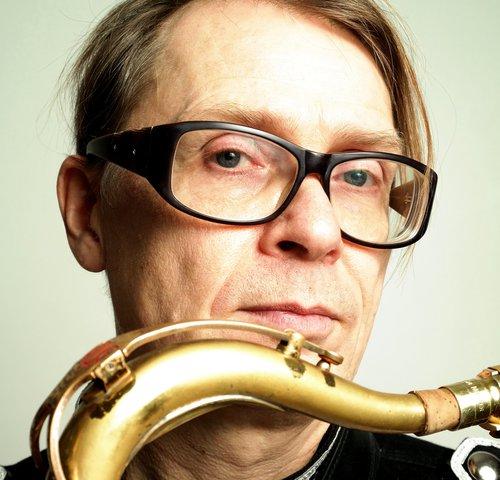 Musician and composer Jimi Tenor has never settled for the traditional role of a pop artist. He is known as a productive musician whose work lies beyond current trends, and also as a performer who combines the finest elements of afro-american music, spontaneous silliness and shameless glamour in an original way.

Besides being a professional musician for almost 20 years, Jimi Tenor (born Lassi Lehto, 1965, Lahti, Finland) has also practised photography, directed short films and designed clothes and musical instruments. The electro-mechanic instruments built by Jimi Tenor and designer Matti Knaapi are not intended to be pieces of art on display at exhibitions, though have sometimes ended up as such. They emerge from musical needs, and are mainly made of scrap material. The instruments have been used at full blast during recording and on stage, so some of them have been wrecked.

Tenor's music, along with his design and technical innovations, springs from experimental rock. His first recording band Jimi Tenor & His Shamans (1986-1992) was influenced by the early 80s industrial rock, where instruments were made out of scrap metal and plastic. Later during the 90s Tenor moved first towards electronic music, but soon got closer to his roots: 60s and 70s jazz, psychedelic soul and African funk.

Although Tenor spent all of the 90s in Berlin, New York, London and Barcelona, his artistic approach was typically Finnish: technically practical, but saturated with black humour and a national romantic tone. So he was quite at home all over Europe in front of a crowd gone wild, wearing a glittering self-designed costume and a flowing cape, holding a noise-producing device the main components of which were a walkman made in Hong Kong and an East-German bicycle dynamo, performing a song about ancient Finnish forest gods, sounding like a mixture of Gil Evans, Jimi Hendrix and Fela Kuti.

The music industry has found it difficult to operate with Jimi Tenor at times. The hard rock driven Finland of the 80s considered him weird and too marginal. In Britain in the 90s he was seen as a trendy techno jazz artist, but Tenor soon confused the pioneering electro label Warp by delivering an imaginary - and expensive - soundtrack album with a symphony orchestra, instead of making minimalistic hits.

Today Jimi Tenor is an established European artist who operates outside the mainstream. His audience consists of clubbers and alternative rock enthusiasts looking for new perspective, but also of jazz and funk rebels. Those who understand that even unconventional pop music can move your body and heart. (Ilkka Mattila, translated by Chris Gurney)