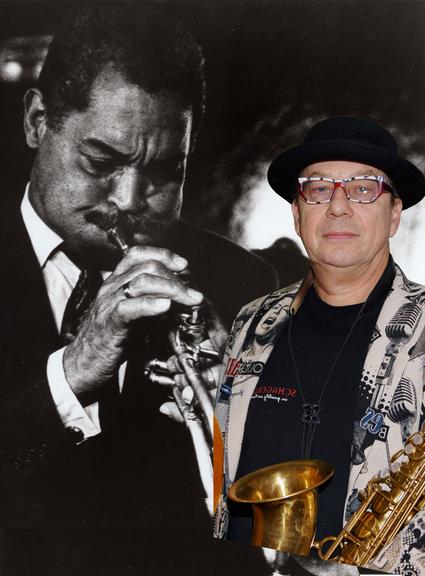 It’s widely known that Harry Sokal ranks as an exceptional musician, whose outstanding abilities have won him acclaim and appreciation in the international jazz world. Harry’s development from an impetuous young nobody into one of Europe‘s most high-profile saxophonists is doubtlessly linked to an encounter which took place in 1979 when Harry, a 25-year-old saxophonist, met the flugelhorn player Art Farmer. At the time, Art was spending much of the year in Vienna, playing when ever possible with the Austrian Radio Big Band.

By 1979, Art had already become a living legend through his work with other legendary musicians such as Coleman Hawkins, Thelonious Monk, Charles Mingus, Ron Carter and Gerry Mulligan, and especially through his distinctive and sensitive ballad interpretations on the flugelhorn. After a joint rehearsal, which the unforgettable pianist Fritz Pauer also participated in, Art took young Harry aside and invited him to come and do some practicing with him at his apartment. Art had already become aware of Harry’s extraordinary potential and was willing to help him develop it.

The rest is Austrian jazz history. Harry became a regular member of Art Farmer’s European Quintet and accompanied him on tours, throughout Europe and the U.S.

Harry Sokal recorded this CD “I Remember Art” in remembrance and in tribute, and in hope of bringing joy to the many people that cherish Art’s music as he does too.
Frank Hoffmann, Vienna, Fall 2016