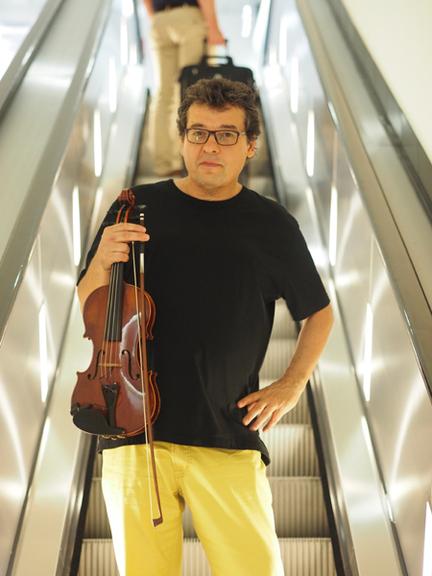 Born and raised in Vienna, Rudi Berger began studying Classical Violin at Prayner Conservatory when he was 6 years old, completing his studies at the Conservatory of Vienna. At the age of eight he took up piano lessons for three years.

Rudi's grandfather was an amateur accordion player and talented folk singer who taught his grandson to play by ear just a couple of months after he started playing the violin.

A couple of years later his uncle introduced him to the music of Bill Haley, Mahalia Jackson, Lionel Hampton and Glenn Miller. The "White Beatles Album", the Blues of John Mayell and a Ray Charles concert particularly inspired Rudi to move in new musical directions.

Rudi started improvising on the violin aged fourteen. By the time he was fifteen he played fluent Boogie Woogie on the piano, sang Blues and taught himself how to play the electric guitar. It was also at this age that he started writing his first songs.

After finishing school he played as a multi-instrumentalist/singer in a night club band for two years, alongside playing violin with traditional Viennese Waltz orchestras. Over the years he has taught himself to play and develop his own style.