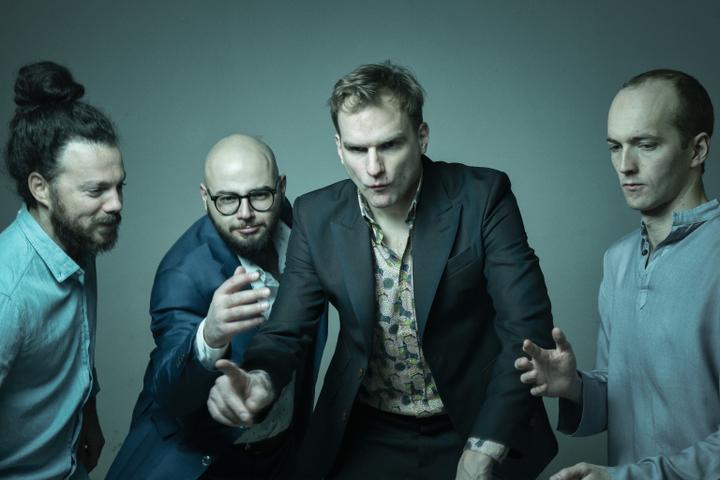 KUHN FU’s third album Chain the Snake is released by BERTHOLD records on March 22nd. Christian Kühn who also composed the music sees “stylistic changes since our last record. The band today is a paranoid – prog – punk – jazz performance,” he explains. Working on the previous album Kuhnspiracy, Kühn had suffered from a “post romantic jazz/rock disorder”, a condition unknown to reputable psychiatry. “The romantic stood for an unfulfilled craving, still there, but the punk who doesn’t care is winning at the moment” he explains.

His band KUHN FU has been described as zany, mad and scary. The band’s line up: Christian Kühn from Germany on guitar, Esat Ekincioglu from Turkey on bass, Ziv Taubenfeld from Israel on clarinet and George Hadow from England on drums.

The energy and craziness of KUHN FU’s oeuvre cannot be wished away. “The theme of the conman and villain is a recurring topic in the tracks on this CD,” says the composer. Kuhn once worked for a wealthy man, doing a job he regarded as ridiculous. “I had to move things from one room to another. Someone had done the same in reverse a couple of weeks before,” he remembers. “Sisyphus work. It led to the track Marco Messy Millionaire which I wrote as a punk meets classical piece.