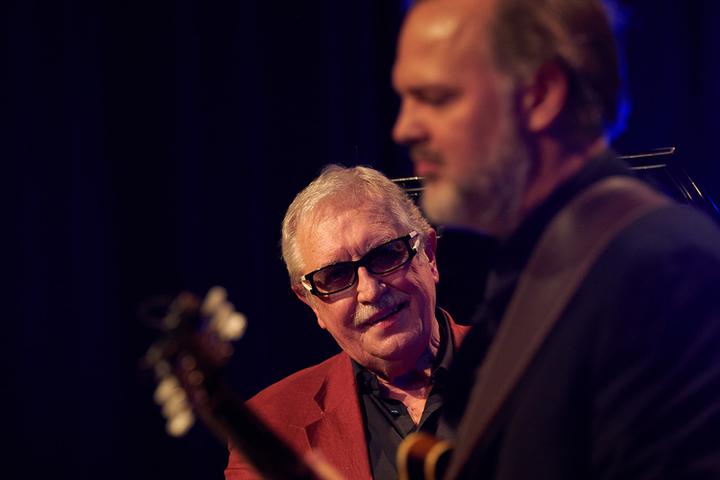 Lajos Dudas: The Lake and the Music
At 80-years old, clarinetist Lajos Dudas is dropping off the keys to the recording studio while making his way out—Dudas claims this is his last recording and, if true, he ends things on a high note at the intersection of The Great American Songbook and free jazz. Dudas' previous recording, Return to the Future (Jazzsick Records, 2018) was a jogging approach to this present, and last, The Lake and the Music, where Dudas uses 10 tried-and-true standards as his jumping off point for an investigation of exactly how far he can push form against progress.

For these ten selections, Dudas is anchored by guitarist Philipp van Endert and drummer Kurt Billker and a collection of bassists, Martin Gjakonovski, Leonard Jones, and Vitold Rek. The result is an aggressive-progressive tone and attitude. To be sure, "The Lady is a Tramp" has never been heard like this. Endert takes a rock front-forward approach with his accompaniment giving the song a Miles Davis-circa-1970s vibe. His tone is fat and broad, freshly reckless and pioneering. The guitarist's interplay with Dudas is empathic and potent, driving the song's funky soul all the way into the red.

That is only the beginning of Endert's contributions. His playing transforms the old war horse "Sweet Georgia Brown" in ways not heard since Anita O'Day deconstructed the song in performance at the 1958 Newport Jazz Festival. The guitarist sets up an undulating slowburn, allowing Dudas to introduce his slippery clarinet to the old notes in a new and novel way. Each principal solos off of and against the other creating an old/new dichotomy. This is transformatory.

Dudas and company do color beautifully between the lines on Atilla Zoller's breezy "A Thousand Dreams" and "Out of Nowhere." On Rezsö Seress's "Gloomy Sunday" Endert sets up a volume-dynamic background for Dudas to wring all that is melancholy from his clarinet, rendering the composition a Hungarian "Goodbye." The most entertaining piece is Dudas' neo-traditional take on the standard "All of Me," sparring with Gerd Dudek's soprano saxophone...think a cosmic Benny Goodman and Sidney Bechet reconstructing Bach's counterpoint. "A Foggy Day" is performed beautifully, making sore the point that Lajos Dudas is coming to rest in the studio. (C. MICHAEL BAILEY, All about Jazz)