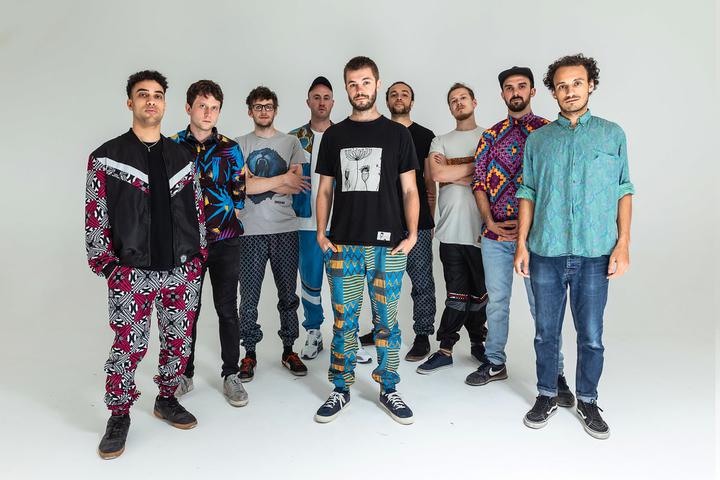 "It's with a heavy heart that we announce that whilst our UK tour is very much going ahead this month, sadly we have to reschedule / cancel our European tour this Autumn.

After many conversations and a lot of hard work from all involved over many months, the reality is that we cannot risk taking 11 people on the road for 45 days across 8 countries as the COVID-19 crisis continues. The situation around the performance of live music across the different countries on the tour is still very much up in the air - and likely to change with very little notice - and even if all the shows were able to proceed as planned there is a very real risk that one of our band or crew would catch Covid on the tour which would mean we would have to cancel the tour midway through.

We want nothing more than to be able to play music and connect with the communities and audiences that we've missed so dearly and we have the utmost respect for the impact this will have on the promoters, venues and music lovers that have so kindly supported us to try and make this happen.

Ticket holders will be contacted in due course. Thank you so much for your patience, Europe we will be back!" (Nubiyan Twist)

Nubiyan Twist are a 9 piece collective of musicians and producers, sharing in a monumental sound comprised of Jazz, Dub, Hiphop, Afrobeat and RnB. Infectiously danceable grooves, punchy arrangements, a giant horn sound, futuristic textures are all included in the energetic live show and studio material alike.

All of this is kept in check by master producer Tom Excell, whose broad musical identity originated from his father’s deeply diverse record collection spanning music from the African diaspora to UK Jungle and bassline. Now in their 10th Year, Nubiyan Twist have developed their fiery performance through tirelessly touring around Europe in support of their previous releases “Nubiyan Twist” (Wormfood Records, October 2015) and “Jungle Run” (Strut Records, March 2018), which featured musical titans Mulatu Astatke and Tony Allen.

“Their second album recognises no borders.” – Mojo
Third album is due for release on Strut Records in September 2020, and will feature guest appearances from Pat Thomas, Soweto Kinch, Cherise, Ruby Wood, KOG, Ego Ella May and Ria Moran alongside vocals from long standing band members Nick Richards and Pilo Adami.