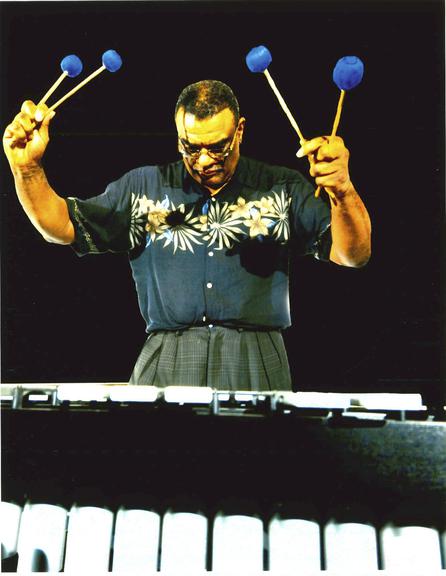 Percussionist Joe Chambers, 78, had returned to New York to record a Blue Note leader date—but then the pandemic hit the city.

Mallet master and composer Joe Chambers found his footing in 1963, when he moved to New York and built a reputation as a first-call drummer for Blue Note’s stable of stars, among them Freddie Hubbard, Wayne Shorter and Bobby Hutcherson.

“I didn’t really learn how to play until I came to New York,” Chambers, 78, said over Zoom during December from his home in Wilmington, North Carolina. “I learned what swing was all about, what drive was all about.”

It was ironic that, in March, just as he had returned to the Big Apple to record his first Blue Note album in 22 years, the pandemic hit the city and he had to head back to the seemingly safer confines of his Wilmington home.

“New York got ridiculous with the virus,” he explained. “I said, ‘Later for that.’”

But all was not lost. Determined to deliver his album, he replaced New York pianist Rick Germanson and bassist Ira Coleman—both of whom appeared on his previous album, 2016’s Landscapes (Savant)—with, respectively, North Carolina-based Brad Merritt and Steve Haines. In April, Haines said, he and Merritt received notes on the music from Chambers. In June, fully masked and socially distanced, they laid down tracks in a North Carolina studio. The album, Samba De Maracatu, is set to be released Feb. 26.

“Because of the virus everything was sort of thrown together,” Haines lamented, even as he praised Chambers’ ability to draw on his experience and fashion a satisfying outcome. “The thing about Joe is, he’s got a tremendous width and depth of knowledge of music.”

That knowledge is reflected throughout the nine-track collection as Chambers—his vibraphone and percussion, layered over previously recorded piano, bass and drums—recalls key collaborations. The disc revisits “Visions,” from Hutcherson’s album Spiral. On the new recording, Chambers, behind the vibes, reveals a rich tone and modernist sensibility that echo without imitating his former boss.

“Bobby always had his own sound on the instrument, more than Milt [Jackson] or Lionel Hampton, from the old school,” he said.

Chambers took up the vibraphone in 1970, when Max Roach asked him to join his new percussion ensemble M’Boom. Under Roach’s guidance, Chambers and the group’s other members gathered at Warren Smith’s studio on West 21st Street in Manhattan for a year of Saturdays to become proficient on a range of percussion instruments. Chambers, whose first instrument was piano, took to the vibes immediately. “It was just a matter of getting the sticking,” he said.

On Samba De Maracatu, that labor is still bearing fruit on a Chambers contribution to M’Boom’s book, “Circles.” The tune appeared on M’Boom’s 1984 album Collage, and Chambers’ new treatment parallels the format of the earlier version, employing a Bahian rhythm with mixed meters, modal harmony and a sonorous improvisation in which the overdubbed vibraphone and piano play “together.”

If the new album has an outlier it is “New York State Of Mind Rain.” The tune brings to the fore a fragment of Chambers’ “Mind Rain” that rapper Nas sampled for his 1994 hit, “N.Y. State Of Mind.” The tune first was heard as a mindbending keyboard duet with organist Larry Young on 1977’s Double Exposure. The new album’s spin-off, a belated response to Nas, incorporates a rap that was smartly penned by his son, Fenton Chambers, and slickly executed by MC Parrain.

A stylistic counterweight to that track is singer Stephanie Jordan’s dreamy take on “Never Let Me Go.” Floating over Chambers’ subtle bolero, Jordan’s voice projects the kind of captivating appeal that could land her a spot in a future large-scale recording project of Chambers’—pending, he said, the easing of public-health concerns. (PHILLIP LUTZ   I  FEB. 18, 2021)