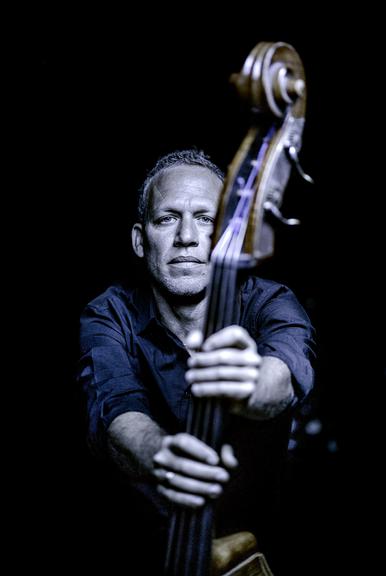 Over the last two decades Internationally acclaimed bassist, singer, composer Avishai Cohen, has earned his reputation as one of the world's greatest bassists. It is however as a composer that his musical statement has grown extensively throughout the world, attracting large live audiences, listeners and passionate fans.
Avishai is back on stage again after a long period off the road due to the Covid 19 pandemic worldwide. ‘I have missed so much the stage, my fans, and touring in general. I am so thrilled to perform live music with my fans in safer environments and conditions; music heals .’
Without a doubt, Avishai Cohen is one of the best bassists of his time, captivating large live audiences, listeners and passionate fans worldwide. With his new trio line-up, Cohen will present music from his upcoming album to be released early in 2022 which include numerous brand new originals compositions , alongside fan favourites and repertoire from his vast musical library .Cohen, who has always distinguished himself in the past as a great promoter and discoverer of new, young musicians, will once again present exceptional talents on their instruments within this configuration pianist Elchin Shirinov and the young Israeli drummer Roni Kaspi.

Shirinov from Azerbaijan can also be heard on Avishai's new orchestral album "Two Roses", released in April 2021. Roni Kaspi, born in Israel in July 2000, is currently studying at Berklee College of Music, USA. During the lockdown, she met Avishai Cohen, with whom she performed virtually on Facebook. This immediately developed into a strong musical connection, which led to her being invited to partner Avishai on tour from September 2020. Expect high emotions and wonderful interactions between the trio and fans.

“The stage is undoubtedly a place where Cohen feels at home, so much so that attending one of his live performances is probably the best way to get acquainted with his musical universe.’’

“...his playing remains as jaw dropping as ever.” Downbeat USA

“As a live performer, Cohen is hard to beat.” London Jazz, UK

“Cohen was a brilliant band leader, rightly comfortable in front of the packed audience and guiding the group across a twisting, turning musical landscape. His attentive, often protective role at the centre of the trio gave Shirinov and Kaspi space to shine.” Izzy Blankfield / LondonJazz News

“There’s new, unheard-before music on offer too, much of it primed to show off the synchronicity Cohen shares with pianist Elchin Shirinov, as they deftly harmonise on melody lines. Young drummer Roni Kaspi is a revelation, an often-effortless player with a graceful control of the kit.” James Rybacki /Jazzwise