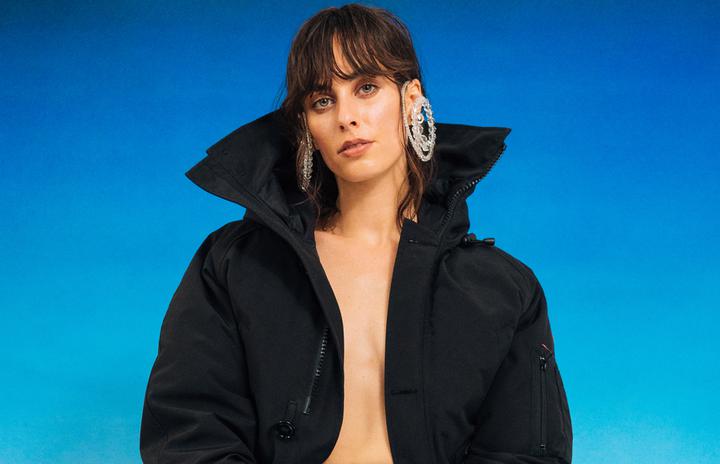 Sophie Auster - the “sultry chanteuse” (NY Times) and folk-pop musician described as embodying “The Sound of New York” – will release “Let’s Get Lost” on January 28th, 2022 via Symphonic. Auster’s music is replete with fantasy and escapism, a sonic fusion of bluesy folk-pop with cabaret dramatics reminiscent of Lana Del Rey and Sara Bareilles. T Style called her "sultry and folksy,” with “soul-(and teeth-) baring lyrics...that’s drawn comparisons to Fiona Apple and Gillian Welch.” Elle Magazine dubbed her “Auster on Fire.”

Auster has carved out a unique path for herself as a songwriter, receiving several awards abroad and at home like the John Lennon Songwriting Contest Grand Prize. She has graced the cover of Cosmopolitan Spain (where she was named “Singer of the Year”), as well as those of Rolling Stone Spain, Elle France and D la Repubblica, who praised Auster for her “diva voice” drawing comparisons to “...Nina Simone, Billie Holiday, Tom Waits, Fiona Apple.” Let’s Get Lost, the first single coming out off the upcoming EP entitled, “Dancing with Strangers”, is a collaboration with producer, songwriter, and multi-instrumentalist, Nick Block, based in Los Angeles. Nick Block owns and engineers a state-of-the-art recording studio where he produces content for label and independent artists, and creates bespoke music for advertising, film, and TV. He’s recently had songs licensed with Apple, Facebook, Sephora, Syfy Network, and Amazon, among others. His publishing catalog is represented by Peermusic.

The accompanying music video for Let’s Get Lost will be released on February 11th, 2022, directed by photographer Spencer Ostrander, filmed by Cinematographer Ted King, and styled by Zarlacht Osmanzoi. The video is a moody and dreamlike snapshot of a woman’s night out in Los Angeles.

Quotes from Sophie’s last Release “History Happens at Night” 2019
“Sophie Auster returns this week with the sterling next chapter in her musical evolution.” “...a dynamic double dose of pristine, propulsive pop...”

“One quick listen to the soaring, sophisticated pop of “If I Could” and sublime “Leave The Door Open” was all the convincing I needed...”

“...a marked shift in the overall sound, toward a bigger, more sweeping, more propulsive dynamic.”

“Sophie Auster Wants You To Take A Chance On Love.”