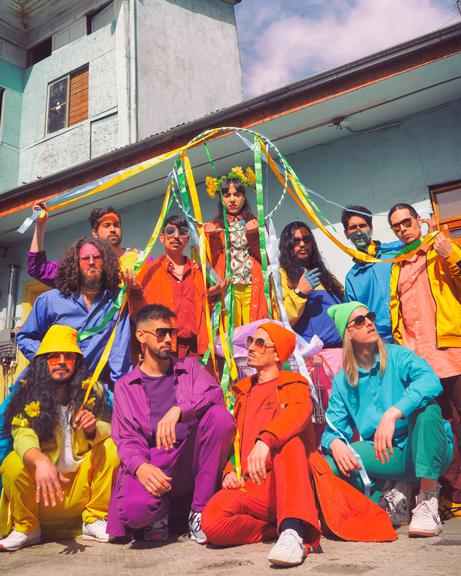 After releasing “Newen Plays Fela”, EP which includes “Opposite People”-Afrobeat’s most watched video worldwide-, Newen Afrobeat is back with a second volume of songs by Fela Kuti featuring a new collaboration with Seun Kuti on “Zombie”, song considered by Times Magazine on its 100 best songs in history list. A magnificent new sample of cultural integration between Latin America and Africa.

Newen Afrobeat is a 13 piece chilean orchestra that makes music inspired by the legacy of the Nigerian musician Fela Kuti. With a particular latin stamp, they unify the african rhythms with a colorful and energetic staging with a deep social message that talks about their roots and social movements in their territory. With a 10-year career and three albums under his belt, they have performed on important stages such as the Montreal International Jazz Festival, Womex and Felabration Lagos, becoming the most played afrobeat artist in the world and a recognized exponent of the world music scene. Newen Afrobeat is more than a simple orchestra, it is an experience of music, dance and social awareness.