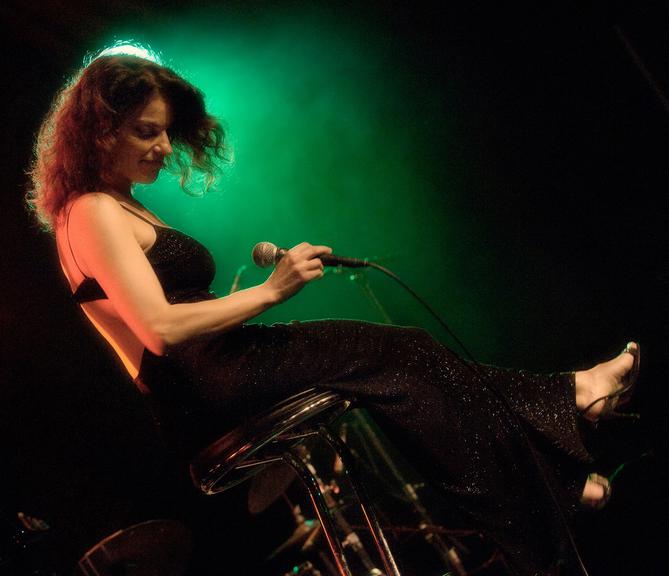 Roberta Gambarini was born in Torino, Italy, into a family where jazz was much loved and appreciated. She began listening to this music as a child and started taking clarinet lessons when she was twelve years old. By the time she was 17, she had begun singing and performing in jazz clubs around Northern Italy. At the age of 18, she decided to move to Milan to pursue a career as a jazz singer. Soon after her move to Milan, still in her teens, Roberta took third place in a national jazz radio competition on TV, leading to performance opportunities at jazz festivals throughout Italy. She has performed in Jazz broadcasts on the Italian radio and TV channels and recorded since 1986 both under her own name and as a guest vocalist. In 1997, she worked with French Hammond organ player Emmanuel Bex, touring jazz clubs throughout Italy. In 1998 she moved to the United States with a scholarship from the New England Conservatory in Boston. Two weeks later, Roberta stunned many in the jazz world by receiving third place honors in the Thelonious Monk International Jazz Vocal Competition.

A dynamic performer with virtuosic vocal chops, Roberta draws rave reviews and enthusiastic fan support wherever she performs. She has done so with no hype and, to the astonishment of many, no domestic releases — until June 6, 2006, when KOCH International Jazz released Roberta’s North American debut,Roberta Gambarini: Easy to Love.

Roberta shows off her instrumental approach and warm timbre, impeccable timing and intonation, incredible technique and scatting and improvisation skills on a set of 12 excellent jazz standards and classic songs from The Great American Songbook. The album also includes two bonus tracks and features special guest James Moody on a scintillating scat duel.