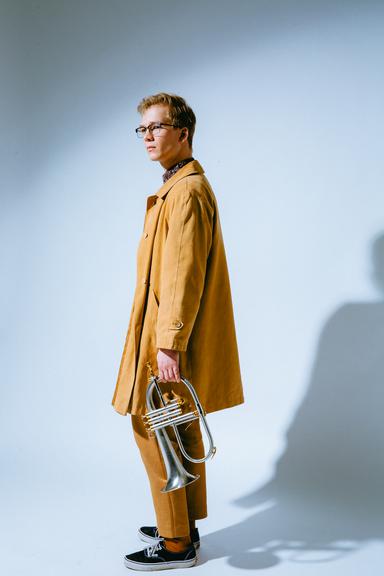 Lyder Røed quintet plays lyrical jazz straight out of the multifaceted urban environment of Oslo, Norway. It is inspired by the lyrical Norwegian jazz tradition fronted by people like Nils Petter Molvaer, Mathias Eick, Jon Balke and Jan Garbarek. Of course, the Norwegian jazz tradition has been heavily influenced by jazz from both America and Europe. Lyder Røed Quintet is no exception when it comes to drawing influences from the roots of America and its effect on European music. Rather than flaunting it in front, the quintet uses the inspiration as a foundation in which they can portray their own music and their own identities. The music of the quintet is written by Lyder Røed in a way that encourages each member of the band to play with emotion and most importantly like themselves. The 13th of september 2019 they released their debut record "The Moon Doesn't Drink'' on Jazzland Recordings. (Pressetext)

The songs are full of layers and atmosphere, as if they were made for dark late nights. It shines with a richness in detail that’s marvelous to discover as the record comes to an end after a broad spectrum of genres and moods. It’s an impressive debut, and Lyder Øvreås Røed is a musician you should keep an eye out for in the years to come. (Alisa Larsen, Bergen Times)

The experience of the concert is a total documentation of band and repertoire as the main instrument. The trumpet and fluegelhorn in the front seat give us a lesson about the way into jazz. And this is a release concert for a debut album! (Jon Arnesen, Music Media Norway)