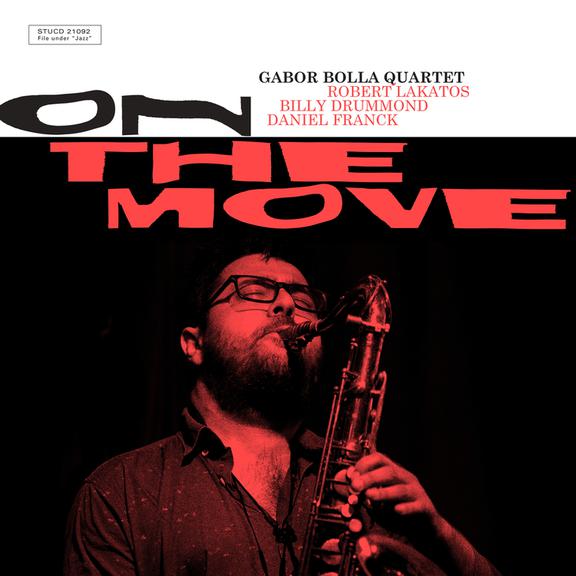 Gabor Bolla took up the saxophone in 2003, at the age of 15 and the same year he made it to the semi-finals of the World Saxophone Competition at the Montreux Jazz Festival.

The now 33 year old saxophonist and band leader has established himself as one of the most significant rising stars on the scene.
Over the past decade he has been working with Kirk Lightsey, Albert “Tootie” Heath, Gary Peacock, Alvin Queen, Randy Brecker, Jimmy Wormworth, Mike Stern, Robert Hurst, Gregory Hutchinson and Don Menza and many others.

On his new album “On The Move” Gabor has put together a stellar lineup and presents a program of his own compositions and standards. The band features his long standing musical companions: Robert Lakatos on piano, Daniel Franck on bass and drummer extraordinaire Billy Drummond from New York. (Pressetext)