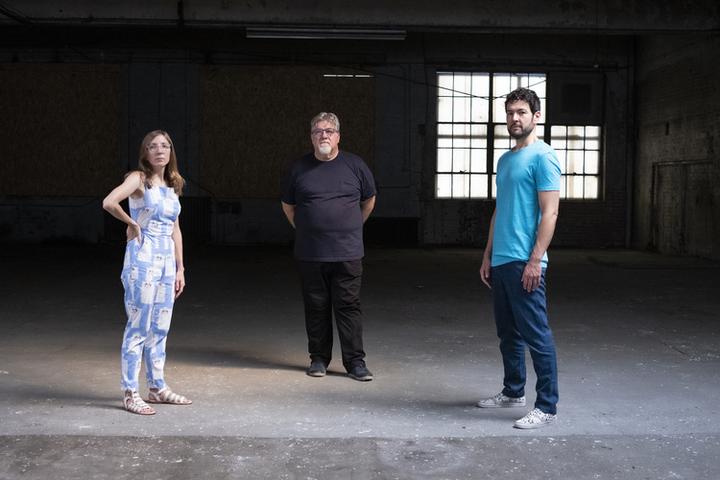 The collective trio Thumbscrew came about by accident, after bassist Michael Formanek subbed in a band including guitarist Mary Halvorson and drummer Tomas Fujiwara. Something special happened among them right away, so they formed a trio, a co-operative in the truest sense. They play originals by all hands, compositions whose rhythms may surge or lag or veer sideways according to their own internal logic. Bass and drums solo within the ensemble, not in quarantine. No one needs to be loudest. The blend is tight: one string (or metal) sound may bleed into another. It’s something to hear—something twisty and turny and always on the move.

“Thumbscrew is a very exciting group that highlights intricate and emotionally-driven compositions focused on intense interactions between instruments. One of the most exciting bands currently playing” — Cisco Bradley, jazzrightnow.com

“The barrage of riffs are both epic and melodic, the low end beefy and the percussion massive. Expect nothing less than magic from these three avant purveyors." - The Village Voice

Their actual album „Never Is Enough“, released in 2021 at „cuneiform records,“ is described as „another standout from one of the finest sustained creative music ensembles of the 21st century.“ - Joseph Neff (The TVD Storefront)