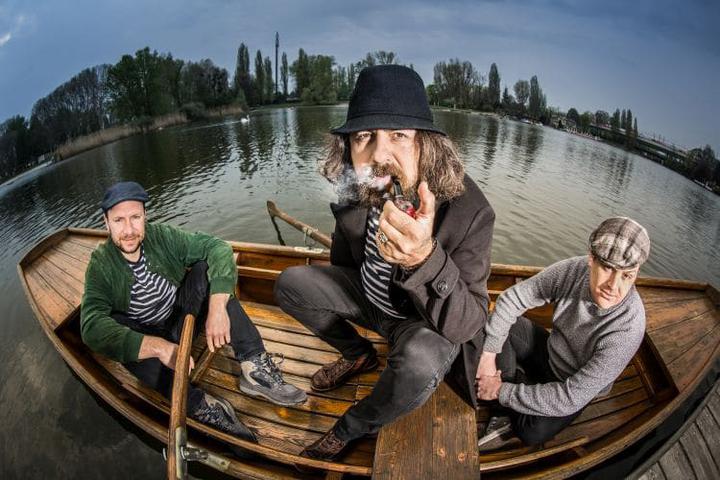 With their third album „Peshk“ (Albanian language for „Fish“) Albanian guitar-player and singer Orges Toçe and his Ockus-Rockus Band, with Christian Marquez-Eberle on drums and Bernd Satzinger on Double Bass, keep developing their unique sound, which is inspired by Balkan-Beats, Rock ,n‘ Roll, Gipsy Swing, Blues and Jazz, whereas the Trio itself tends to describe it as „Balkanbilly“. The Lyrics are written in the Albanian language (with short trips to English, German and Spanish). They appear as critical statements and thoughts about social and political problems and developments. As a main symbol for the whole album The FISH stands for „going against the tide“, or simply „protest“ and „rebellion“. Speaking of the music the protagonists seem to reach a new level of virtuosity through their variety of harmonic sounds and moods, their magic musical interactions and the outstanding contributions of the guest-musicians. A special reference goes out to the many three-voiced choirs on the album, which can also be heard by Orges & The Ockus-Rockus Band during their live-performances.