Gerhard Graml Sextet 'Everything' (A) 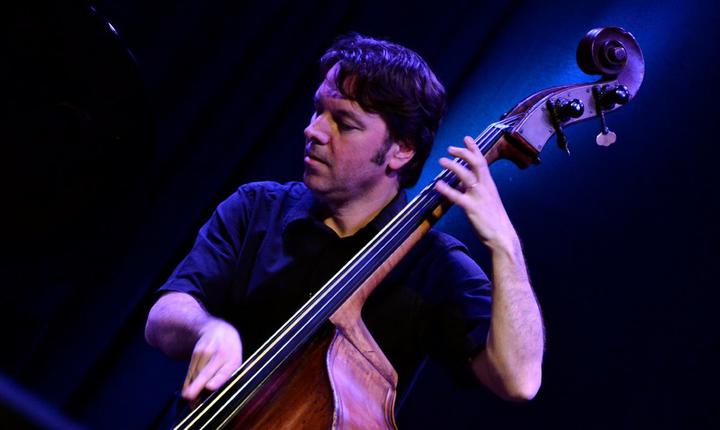 Years ago the late great pianist Paul Bley remarked to me that in the new realm of contemporary jazz players, many of whom either improvised freely or used that approach as an organizing or guiding force for improvisation, he could always tell the difference between those who were solidly grounded in the music – notably, he didn’t used the word tradition – and those who were (and these are my words, as the conversation was a long time ago) flailing around, trying to find a way into, with some difficulty, this art form that many of us still call jazz. The album you are holding, Everything, is a perfect illustration of what Paul was talking about. In a world where everyone and his brother and sister is recording, streaming, putting his/her work online, this is a refreshing reminder of everything that those who love jazz value in the music. Everything is heartfelt (not sentimental), technically accomplished (meaning, well executed but not slick), professional (but not stodgy or dull), emotionally satisfying and deep. I can usually tell from the first few minutes, on both recordings and in live performance, whether musicians care about what they are performing or are just going through the motions (just another payday? Well, this is jazz, but still there are many very workmanlike performances that indicate a certain jaded consistency; but you won’t find any of that on this album). Who was the philosopher – or comedian?- who said that half the battle in life was just showing up? Well, in jazz that’s particularly true, and sometimes the lack of certain things – recognition, work, money – leads to a certain consistent yet bored quality in the music produced. On the CD Everything the great bassist Gerhard Graml (who composed all tunes herein) has shown us how it can be done correctly, with a straightforward depth that is not just musical but artistically satisfying.

The pieces on this album are all compositions, in the truest and best sense of the term. The job of the jazz composer varies, but there are certain requirements that never really change, generation to generation (in my opinion). Writing for jazz ensemble is a challenge, given all that jazz has been through, how much material it has eaten up and spit out in its never-ending search for the new. Musicians need to be challenged without completely detaching themselves from their comfort zones, and it helps to give them something they won’t see or hear in their day-to-day professional lives. And so we have it all here – bluesy extrapolations of the jazz/gospel tradition; modality in the service of exploration; ballads and near-ballads, never exchanging virtuosity for feeling; a certain lightness of being with a Latin tinge; and it all swings.

I have known Gerhard Graml since late 1980s, I think it was. We first played together in New York City on an old project I organized on a modern approach to the music of Louis Armstrong, and later recorded together as part of a series of blues and blue-like performances. He has everything I like and need in a bass player: good time, a great sound, and consistent rhythmic/harmonic definition. He has the kind of artistic consistency I admire; nothing is ever “phoned in,” as the saying goes. Everything he plays shows commitment and artistry, attention to musical detail. He leads a group, on Everything, that accomplishes same. Persistent arguments in jazz about old versus new, free versus structured, blues versus no-blues, are becoming, in light of music as good as this, less and less relevant, less and less important. What matters finally is whether the music created shows care and love for the itself, and has feeling. This album, if you will pardon the expression, has everything. (Allen Lowe)