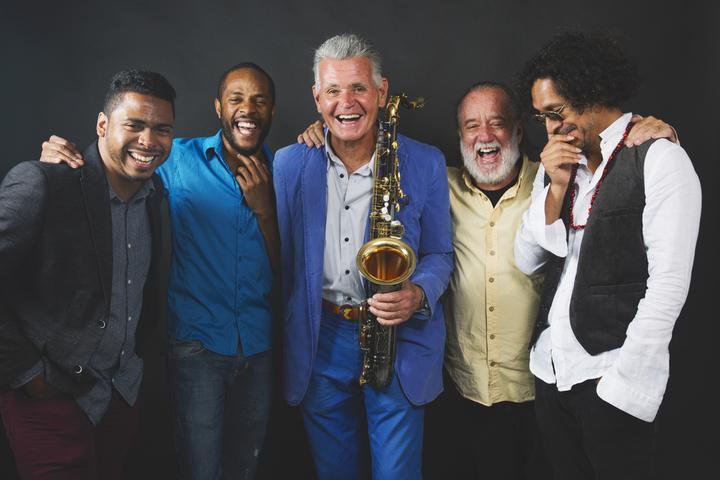 The comeback of Perujazz to European jazz scene

Perujazz is one of the most emblematic jazz bands in South America. For around forty years, they have managed to shape their own language from the synthesis of Peruvian traditional music (from the coast, the highlands, and the rainforest) with modern jazz styles. Perujazz’s approach is to blend traditions and popular music with jazz genres equally, in other words, they do not seek to adapt traditional rhythms into a jazzy kind of style. They do start from these rhythms to develop a path of improvisation which eventually results in a fresh and powerful genre itself, arising from the question “What does Peru sound like?

Each of Perujazz’s members has also a successful solo career, since they are considered major representatives of Peruvian music. Manongo Mujica (drums and percussion), Jean Pierre Magnet (saxophones), Andres Prado (guitar), Julio Zavala (bass), and Cesar Pudy Ballumbrosio (percussion, violin, and zapateo) reunite one more time to go on a journey of rediscovering their sound and taking it across Europe (Vienna, London, Berlin, Paris, Barcelona, and Madrid).

Perujazz have released seven albums, the last one featuring Alex Acuña and Abraham Laboriel. Laboriel was also invited to play live at Perujazz’s 25th Anniversary concert in Lima and, in the same manner, Perujazz have been invited by Susana Baca to perform at her concerts in Lima and La Habana. They have also played at iconic music festivals such as Festival de Cervantino (Mexico), Mar del Jazz (Argentine), Montréal Jazz Festival (Canada) and Umbria Jazz Festival (Italy), the latter where they played once “dopo Sting” (after Sting), the legend says...