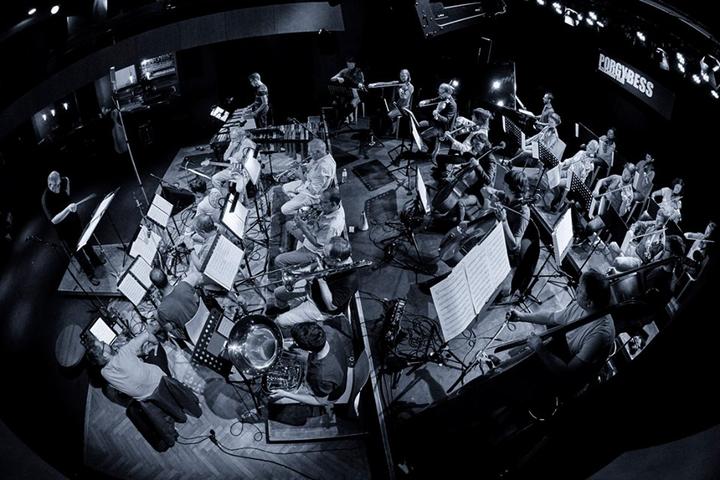 Since the "Jazz Composer's Orchestra Update" and "Comment C'est" projects (both presented as well as recorded at Porgy & Bess in 2013 and 2016 respectively) Michael Mantler continued working on orchestral reinterpretations and further re-processing of older works, very selectively choosing material for more "updates" of different musics that were particularly dear to him (so to say "the best of …") and that he finds should have a new (and different) life. Most of it has never been performed live, nor in these new orchestrations, now for a larger orchestra, to be conducted by Christoph Cech, consisting of 4 woodwinds, 3 brass, 16 strings, percussion, and additional soloists Michael Mantler (trumpet), Bjarne Roupé guitar and David Helbock (piano)

What will amount to basically completely new compositions and orchestrations will include suites based on material from the following original recordings:

Mantler has always considered himself an "orchestral" composer, even when (mostly economical) circumstances dictated smaller ensembles (at times even down-sized to the absolute minimum, such as the duets of "Alien" and "For Two"). As with the "Jazz Composer's Orchestra Update," these new pieces should again present an entirely new view of his life's work.