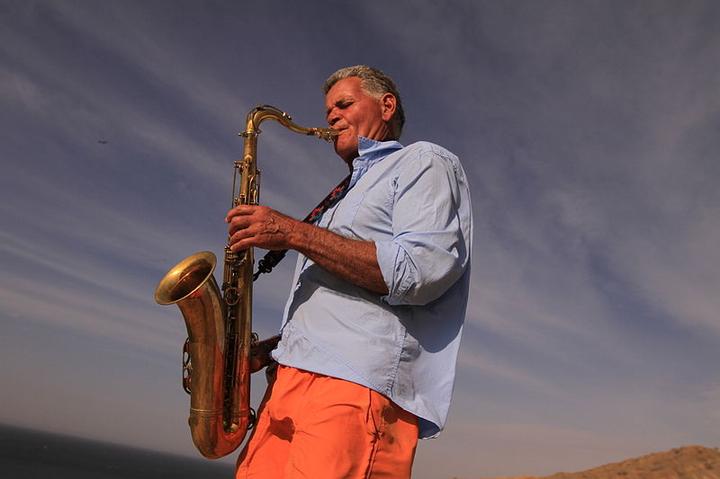 Jean Pierre Magnet, saxophone player and musical producer with over 40 year of career with music genres such as rock, jazz, and Andean music.

With over 40 years of career, Jean Pierre Magnet is one of the most important Peruvian musicians. He has been part of different projects achieving national and international awards. In the late 1960s he started playing with the Traffic Sound Band which was the first Peruvian band touring internationally (Argentina and Brazil). After that first experience with music he decided to study music in Argentina and the U.S. Inspired by jazz music, he then came back to Peru and formed a band that mixed such incredible music genre with Africa-Peruvian rhythms; the band was called PeruJazz. He was also a member of the band Wayruro, which mixed Andean, rock, and symphonic music. In 2007 he launched "Serenata de los Andes", a tribute to Andean music which led him to give a show at New York's Lincoln Center. (Pressetext)