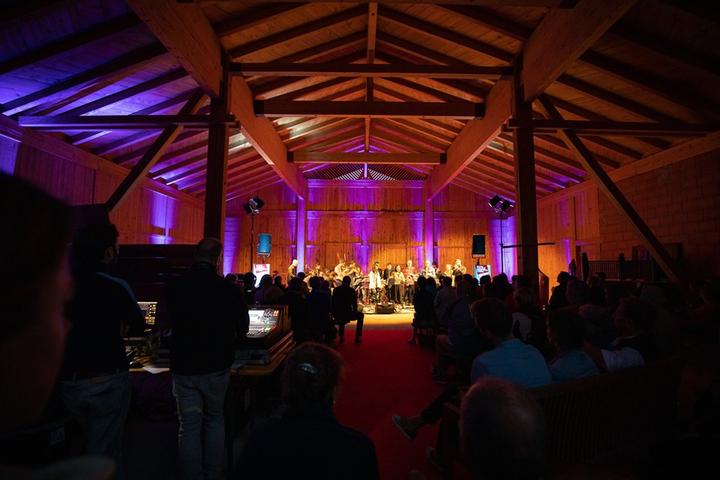 On its eponymous debut album, Little Rosies’ Kindergarten seeks to chart new and unexplored territory. Originating in the Viennese Jazz scene, the 13-member ensemble is intent on “finding large-format trance sounds”. This unusual big band’s expansive pieces run the gamut from minimalistic to broad, from quiet to loud, from straight to crooked, from soft to energetic, from melodious to experimental. As band members wear many hats, they create idiosyncratic mix of free jazz, rock and chamber music. Since all of the band members contribute to the compositions, “nobody advances to the position of general leader. Instead the band forges ahead with the full force of 13 soloists.

Heavy grooves and meditative sound clouds take turns with long, soulful themes - only to be torn up by instantly created drones. As free as the collective improvisation may sound, it never veers off towards total chaos. Some leftover reason always remains to keep an eye on the careful structure of the songs and to artfully play with the audience’s expectations, going so far as to pull their legs. Caught between several stools, the band’s rousing sound is strange and fascinating at the same time. Audiences can hardly extract themselves from the pull of these multilayered and tension-ladden musical stories that evoke different moods and intensities.