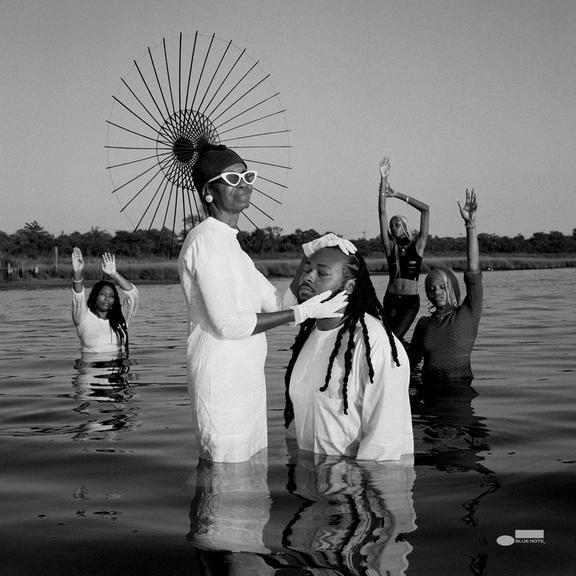 Alto saxophonist and composer Immanuel Wilkins has announced a January 28 release for his new album The 7th Hand, the follow-up to his widely acclaimed debut Omega which was named the #1 Jazz Album of 2020 by The New York Times with JazzTimes calling it “the most important debut jazz recording in years.” The 7th Hand once again showcases Wilkins’ profound compositional talent with a seven-movement suite of new original pieces performed by his quartet with Micah Thomas on piano, Daryl Johns on bass, and Kweku Sumbry on drums, plus special guests Elena Pinderhughes on flute and the Farafina Kan percussion ensemble. The album can be pre-ordered now on vinyl, CD, or download, and the lead track “Emanation” is also available to stream or download today.

Wilkins’ music is filled with empathy and conviction, bonding arcs of melody and lamentation to pluming gestures of space and breath. The 7th Hand explores relationships between presence and nothingness across an hour-long suite. “I wanted to write a preparatory piece for my quartet to become vessels by the end of the piece, fully,” says the Brooklyn-based, Philadelphia-raised artist who Pitchfork said “composes ocean-deep jazz epics.”

While writing, Wilkins began viewing each movement as a gesture bringing his quartet closer to complete vesselhood, where the music would be entirely improvised, channeled collectively. “It’s the idea of being a conduit for the music as a higher power that actually influences what we’re playing,” he says. The 7th Hand derives its title from a question steeped in Biblical symbolism: If the number 6 represents the extent of human possibility, Wilkins wondered what it would mean — how it would sound — to invoke divine intervention and allow that seventh element to possess his quartet.

Wilkins often draws inspiration from critical thought. Even the striking album artwork challenges convention: “I wanted to remix the Southern Black baptism, and also provide critique on what is considered sanctified and who can be baptized.”

Throughout the album Wilkins and his bandmates reveal their collective truth by peeling themselves back, layer by layer, movement by movement. “Each movement chips away at the band until the last movement — just one written note,” says Wilkins. “The goal of what we’re all trying to get to is nothingness, where the music can flow freely through us.”