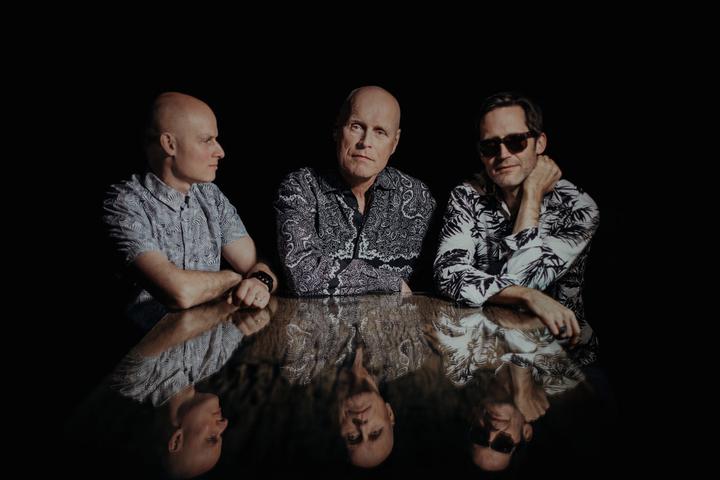 Condensation occurs when a substance turns from one state into another. Evaporation, compression and compaction: All these are words that justify the name of the trio around Gebhard Ullmann, Oliver Potratz and Eric Schaefer and describe this truly new music. The result is a sensual electroacoustic improvisation story in eleven chapters. A fusion of analogue and digital, combining experiences from the fields of jazz with new technologies, creating transitions from one into the other, without forgetting about the audience.

Das Kondensat jumps from the museum to a “now” that is far from diverse orthodox doctrines. This is also jazz, but only among other things. Curiosity is the lust for new things. That is what all this is about. Sometimes with a rocking and punching, sometimes with a melodious and balladic access, generated with new media in new contexts.

Gebhard Ullmann draws on years of experience in dealing with modified sounds that allow him to wind his soprano and tenor saxophones through the jungle, to then let them rise in airy space and finally bring them to the point in a hands-on way.Oliver Potratz’ electric bass can loom darkly and ground strikingly or rise to wonderful lines. It lays a sometimes powerful, sometimes delicate foundation. To describe Eric Schaefer’s drumming as pumping, urgent and dynamic would be an understatement. He has long played his way to the first rank of European drummers. All in all this results in a Berlin band of superlatives that is more than the sum of its parts.

'It's a kind of sequel to what once began around 'Biches Brew', in the English Canterbury scene and just here with 'Das Kondensat' into the future. Das Kondensat that is a remarkable balancing act between an acoustic and electronic way of making music, between grooving rock and improvisational freedom. This music is alive, it pulses incessantly and leaves trails. Rarely Gebhard Ullmann sounded more sensual and carefree.' (Jörg Konrad, JazzPodium)