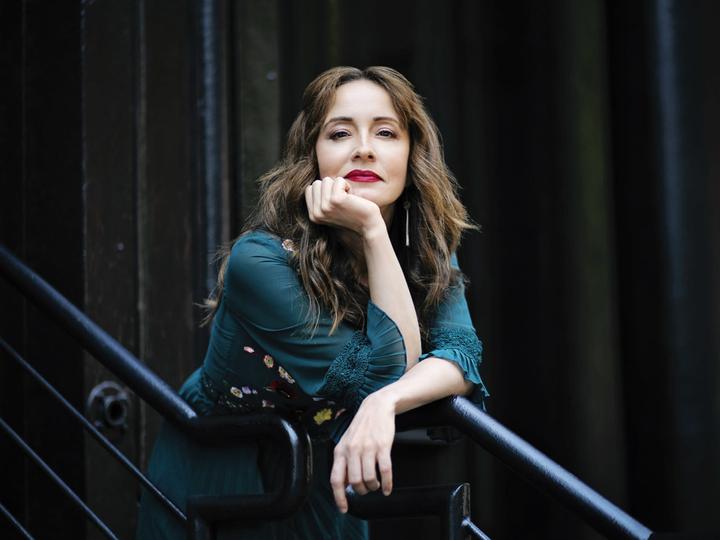 Born and raised in Madrid, Spain, pianist and composer Marta Sánchez is actively working in the contemporary creative music scene in New York City and around the globe. Charting a significant path through her innovative and original music, she has reached an international audience, gaining significant global recognition.

Marta’s main project, her quintet, was created soon after she moved to New York, and since then has released four albums: “Partenika” (2015), “Danza Imposible” (2017), and “El Rayo de Luz” (2019) with the Spanish label Fresh Sound and SAAM (Spanish American Art Museum) with Whirlwind Recordings. All of the albums received high praise from American press. ”Partenika” received great reviews from The New York Times, Downbeat, All Music, All About Jazz,and many more. Not only that, but the recording was selected by The New York Times as one of the 10 best albums of 2015, including all genres, and it was also included on the lists of the best recordings of the year from the Jazz Journalist Association, Downbeat and All Music. The quintet’s next work, “Danza Imposible” was reviewed and highly praised in the famous public radio program“Fresh Air”, it got 4 stars from DownBeat, an excellent review from The New York TImes, on Nate Chinen’s program at WBGO, and it was also included in some lists of the best of 2017. “El Rayo de Luz” was also included in the The New York Times list of the Best 10 jazz albums of 2019, it was the editor’s pick of the December issue of Downbeat, got a four stars review also in Downbeat from Giovanni Russonello, it was featured on WBGO’s program “The Checkout” and a long etc. SAAM (Spanish American Art Museum) was reviewed at The New York Times, Wall Street Journal, Downbeat, Jazzwise and a long etc. After “Danza Imposible”, Marta’s music has been the subject of articles in publications including Jazziz and The New York Times.

She has toured the United States, Europe, South America, and Central America, performing as a leader or as a sideman at prestigious venues and prominent festivals such as North Sea Jazz Festival in the Netherlands, Eurojazz in Mexico City, Eurojazz in Athens, Jazz Festival Vitoria Gasteiz, Winter Jazz Festival in New York, and Madrid among many others. In the United States she has performed at some of the most prestigious clubs including the Blue Note, Birdland, Roulette, Jazz Gallery, 55 Bar, The Cell Theater, Cornelia Street Cafe, or Blue Whale.

She received prizes for the best soundtrack for short film in the festivals Alcalá de Henares, Curtficcion in Barcelona and Palma de Mallorca.

In 2017 and 2021 she received the prestigious grant for a residency from the MacDowell Colony, where Marta wrote prepared piano repertoire. (Pressetext)