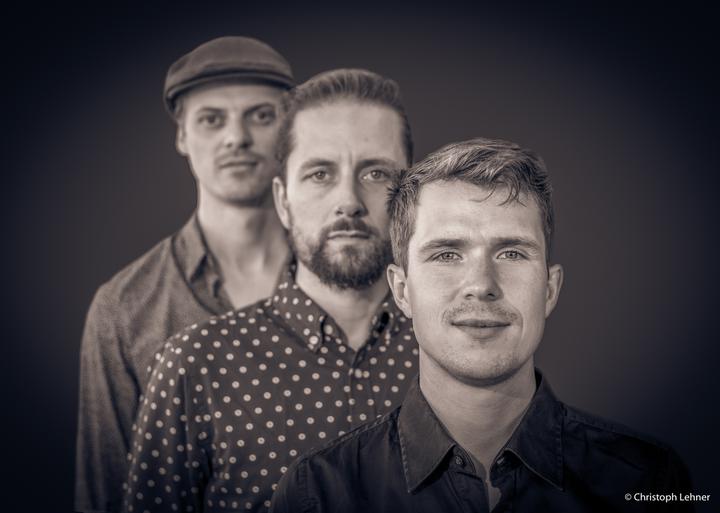 The Diknu Schneeberger Trio is one of the best Gypsy Jazz bands worldwide. With three string instruments they enchant their listeners in a very special way. Diknu writes most of the compositions herself and thus brings originality into the program. Their varied grooves and fiery as well as sensitive melodies exude joie de vivre and positive energy - a true listening pleasure. (press release)

Diknu Schneeberger Trio
With his debut album "Rubina", released in 2007, the then only 17-year-old Viennese Gypsy guitarist caused a sensation. Soon he was performing with his trio on stages all over the world. The Spirit Of Django" and "Friends" followed - two albums full of the joy of playing of Diknu, who in the meantime had risen to become the shooting star of the international Gypsy Jazz scene. Diknu had further developed and refined his playing, which had been inspiring from the beginning, and had clearly expanded his forms of expression.
Diknu has completed the transformation from "child prodigy" to mature musician - with an immediately identifiable style of his own in which fire and lyricism balance each other out, with improvisations full of energy and independence, perfect technique and relaxed playfulness.
All this flows into the grandiose album "Feuerlicht", a wonderful and very personal recording of the trio in 2018. Music that opens the heart and sends the soul on a journey.
In 2019, the recording "Gypsy Rebel" followed.
In 2020, two new calibers join Diknu's trio. Julian Wohlmuth, longtime friend of Diknu, fires up the band with his driving rhythm guitar while adding joy, enthusiasm and incredible freshness to the sounds of the formation with serene cheerfulness.
Double bassist Martin Heinzle brings the earthy sound to the trio. With virtuosity and a keen sense of tone, he excels at solos as well as accompaniment, bringing momentum to the band with his fine grooves. In the same year, they recorded the live CD "Live from Porgy & Bess", providing a boost and new inspiration and making it onto the longlist for the German Record Critics' Prize. The trio thus inspires audiences and critics alike and guarantees a real listening experience. (press release)